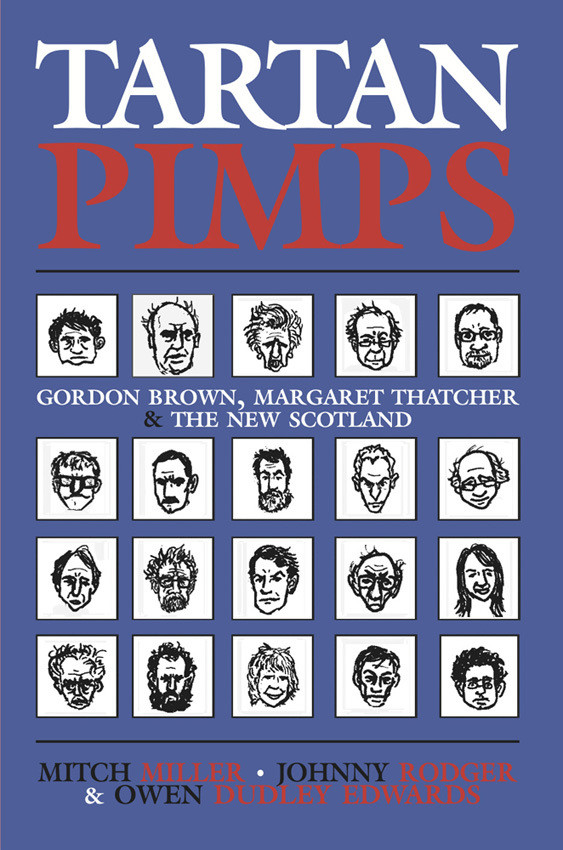 Tartan Pimps examines the writers, thinkers and analysts that have fed, nurtured or scorched a distinct, if subsumed, Scottish political identity. The idea began in The Drouth magazine in the Suns of Scotland series with an analysis of Gordon Brown's literary career. Brown's books are plotted from The Red Paper on Scotland in the seventies to the transatlantic prudences of his Chancellorship, before the weight of the world was plonked on his slightly hunched shoulders.

So who is the Tartan Pimp? He- or she- is that member of the political class who sees Scotland as a source of political capital. In the face of indifference from London and the deference shown by its political elites, was it Scotland's writers who reignited native democracy through creating a virtual 'parliament of letters'? If so, what were the books that set the stage for devolution? How did this exchange of ideas play into the daily, civil life of the country? Racy, irreverent, informative, thoughtful and polemical, Tartan Pimps examines how the Scottish political system was written into being, and how this 'bookish' heritage has led to an at times, exciting, frequently unpredicatable new politics.

Save this product for later